Branky is the wolf-like puppet of Mel. He is always saying rude things to any people he/she met. His true nature is still a mystery.

Branky's alledged gender can be disputed as Mel refers to it as both a he and a she through out the course of the game. 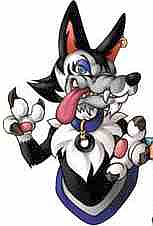