Genso Suikoden Pachisuro is a Pachislot game created by the KPE (Konami Parlor Entertainment). The game revolves around the events of Suikoden IV, featuring Razro as its main character and several Stars of Destiny from the respective game.

It equipped with four types of ART, plus an expected degree characteristic that depends on the type of ART. The ART is divided into four types "NORMAL ART", "CHANCE ART", "Yul ART", "super-ART", but the large difference in part is provided on the plus.

ART rush from the normal time, has an opportunity to occur if five of the coat of arms are collected, which is available in a variety of production "emblem chance", even one coat of arms becomes an Art rush if awaken. ART rush expectations vary depending on coat of arms, in the order of water → thunder → wind → fire → earth up.

The basis has different stages the "Prairie Stage", "City Stage" and "Camp Stage."

When the gold door appears a battle with Troy will start. A bonus will appear if the player gains victory after battling Troy. 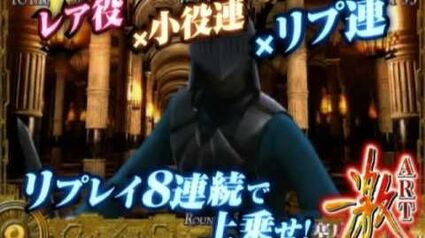 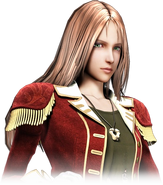 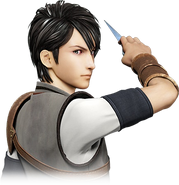 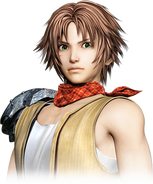 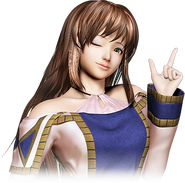 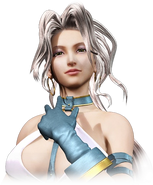 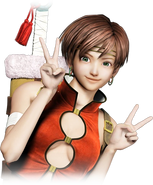