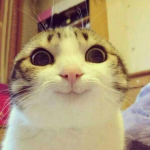 Welcome on my message wall

I want to thank you for your contributions without you Suikoden Wikia would still be in the dark.

Do you have any question feel free to ask and please give me 1 to 2 days to respond on your message. I'm willing to give Bureaucrat right to any rightful person that will take good care of this wiki.

If you are here to file an application for adminship. I have a set of Question for you. Please leave your answer on this page.